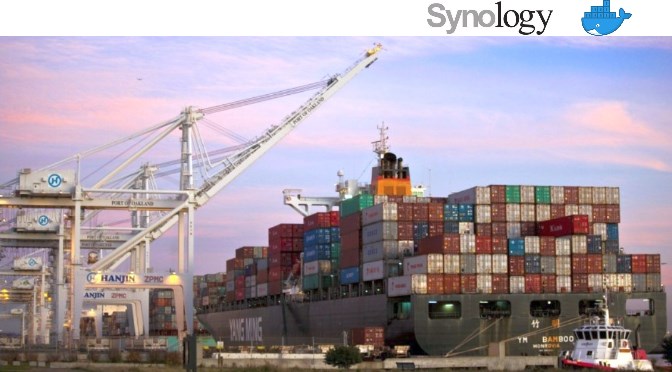 How to use Docker with Synology

Synology DSM 6.0 or higher comes with the Docker Engine. You can find the Docker App in the package center by entering docker in the search field.

Docker is a lean virtualization application platform, thousands of containers created by developers from all over the world can be executed and are published on the well-known image repository, called Docker Hub. Container images can be find on Docker Hub will loaded and executed from Synology’s integrated Docker App. 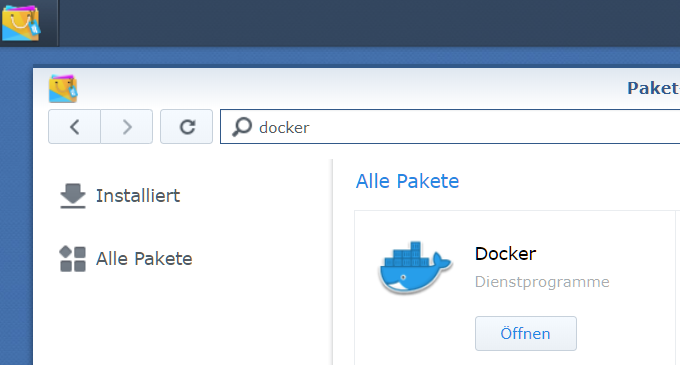 If the Docker App does not appear in the Package Center, the Synology device is most likely not supported.

Due to the hardware requirements, Docker is only offered for models with virtualization technology (VT-x). The models used in this guide are RS820RP+ / RS4018xs+ / DS218+ for these the Docker ability is given.

How to use Docker

When you open the main menu icon from DSM, you will find the icon for the Docker Engine, which can now be started. 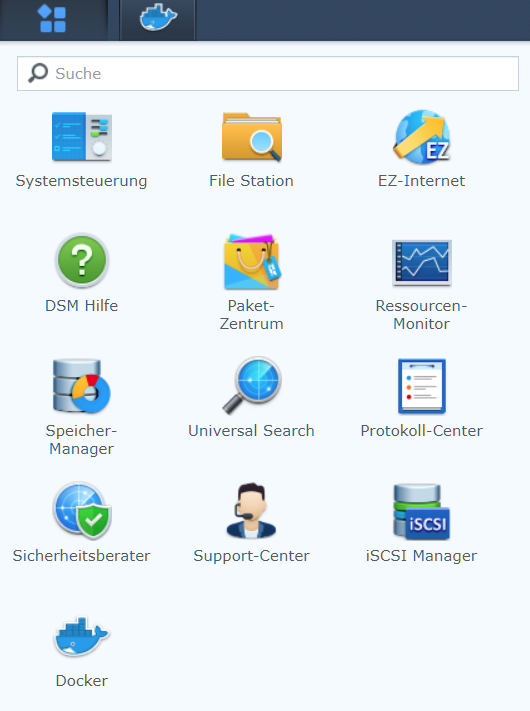 Docker opens in overview, the running containers are listed here, any applications including allocated memory and CPU resources, number of container has yet been started.

In addition, the Docker command line is explained below, this as a alternative hint for using Docker Console.

In the Registration section you can search for new images (like on the official website). New repositories (in addition to the official ones) can also be added under Settings.

CLI the original Docker Command is:

After a suitable image has been found, in this case a small Ubuntu 18.04 Dockerized image contains SSH service, it is downloaded with a right click on the Synology NAS, ideally always choosing latest. All images are write-protected and can be used multiple times for other containers.

The downloaded images that are available on the Synology NAS are located under Image. New containers can be started with the Docker wizard. Note

Now go to Start will open the Assistent.

Next to complete the wizard and start the container with klick Apply.

Running container can now be found in the Container section.

Back to Docker overview, we can now see the resources of started containers.

Now we are trying to establish an SSH terminal to the container. To do this in the Container section, click on Details to see which port the SSH service is listening on.

In the overview under port settings we find the value we are looking for under local port, in this case it is port 32789, the port address is assigned automatically.

Now we open PuTTY or KiTTY and connect to IP of the Synology NAS with port 32789 to the container, for CLI Command as follows: 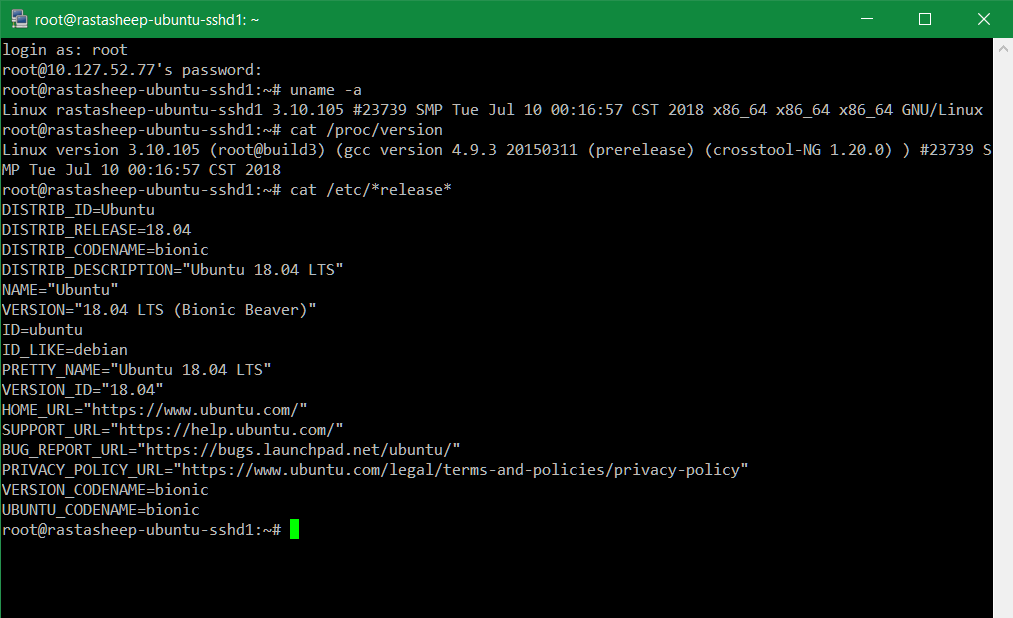 The Docker Engine can also be used from the console, provided the SSH terminal that has been activated under DSM Control Panel – SSH Service.

The Docker application shown in this article is intended to show as a simple example how Docker can be used on a Synology NAS, of course there are more useful container applications, such as Websever for developing web applications to complete development environments, there are already countless Docker images on Docker Hub https://hub.docker.com, and other Docker registrars. It makes you wonder whether the effort to install your development environment such as Xamp or LAMP is still useful. At this point it should be mentioned that all data stored in the container must be saved on a persistent volume, because all work is lost when the container is closed.

There are also other articles about using Docker here in this blog, the best thing to do is to simply enter docker in the search field above.