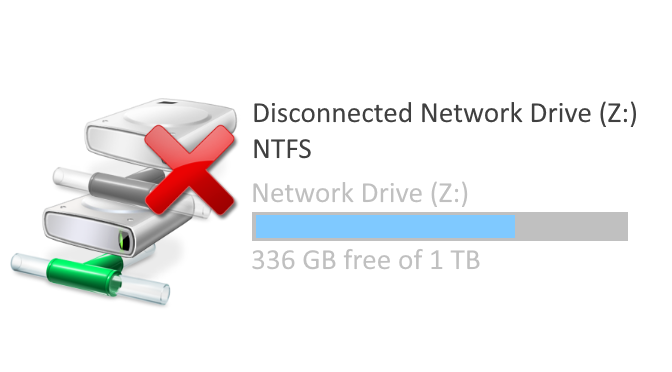 Windows 10 Fall Creators Update and Windows Server, version 1709 (RS3) and later versions, the Server Message Block Version 1 (SMBv1) network protocol is no longer installed by default. The SMBv1 protocol has been replaced by SMBv2 and newer protocols (SMBv3) since 2007. Microsoft publicly rejected the SMBv1 protocol in 2014.

Windows SMB v1 has vulnerabilities that allow remote code execution or denial-of-service attacks. Therefore it should be deactivated. Windows 10 Enterprise and Windows Server 2016 no longer includes the SMBv1 client or SMBv1 server by default after a new installation.

Windows 10 Home and Windows 10 Pro still contain the SMBv1 client by default after a new installation. If the SMBv1 client is not in use for a total of 15 days (except for the computer that is turned off), it is automatically uninstalled.

SMBv1 can still be reinstalled in all editions of Windows 10 and Windows Server 2016.

The SMBv1 network protocol can be activated on Windows 10 with the Windows + R key and the input of control appwiz.cpl,2 in the Windows Features window.

The SMB 1.0/CIFS client will remain activated as long as it is used, if no activity is detected during the 15 days, SMBv1 will deactivate itself for security reasons.

Enable SMB 1.0/CIFS in the PowerShell as follows, administrator rights are required.

Check the status of SMBv1 in the PowerShell.

Disable the SMBv1 network protocol in the PowerShell.

The computer must be restarted after these changes are made.

If you want to automatically remove the feature SMB 1.0/CIFS, probably from a login script, the method is suitable with using Deployment Image Servicing and Management (DISM).

The feature SMB 1.0/CIFS client and server are removed without prompting any user interaction, administrator rights are required; the change will take effect the next time the client is started.