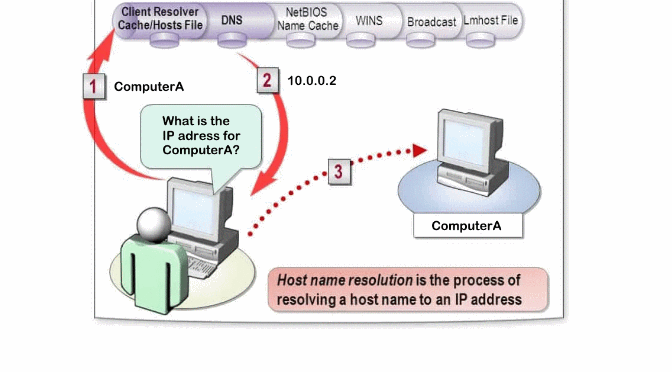 Multicast DNS (mDNS) is supported by starting with Microsoft Windows 10 1703, but Microsoft is now preparing to completely replace NetBIOS and Link-Local Multicast Name Resolution (LLMNR) with mDNS. In Windows 11 previews, NetBIOS name resolution is configured as a fallback by default for the time being.

Originally developed by Apple, mDNS is a name resolution protocol that does not require a central DNS server. It sends a request via multicast to all devices in the network, the one to which the desired host name applies, also responds with a multicast packet to the entire network.

mDNS resolvers listen on UDP port 5353. In practice, several resolvers are active at the same time. In addition to the operating system, these include Chromium-based web browsers or Microsoft Teams clients.

Active mDNS resolvers can be output in PowerShell:

There is no central instance in the form of a DNS server by mDNS, and it cannot be ruled out that several devices on a network use the same host name.

One danger is where malicious programs settle over UDP port 5353 and forward clients via DNS spoofing to hosts of cybercriminal origin.

Because of these circumstances, administrators might consider disabling mDNS. However, Microsoft recommends that you refrain from generally disabling it, otherwise communication with various devices on the network, such as printers or wireless devices, could be affected.

Open Windows Firewall with hit the keys Windows+R and insert firewall.cpl to run it, then go to Advanced Settings .

You should disable mDNS only for the domain profile and the public profile, but enable it for private networks. To ensure that employees in the home office can use devices that are designed for mDNS.

Another reason not to disable mDNS prematurely is that Microsoft is increasingly relying on this protocol. In current previews of Windows 11, NetBIOS runs in “Learning Mode” by default, so this outdated protocol only comes into play after requests to mDNS and LLMNR have failed.

If certain applications still require NetBIOS, a new Group Policy can be configured accordingly. In addition to the aforementioned learning mode, it offers the options to completely allow name resolution via NetBIOS, to prevent it completely or to block it only in public networks.

in addition to the ability to mark a character, a word and lines, windows terminal also provides to mark a block

A marking mode that can be particularly useful for tabular work. It is allowed to mark and edit information that is directly adjacent to each other, without including the entire lines in the marking and editing.

The Alt key is used for the block marking. Position the mouse pointer at the beginning or end of the block, press the Alt key together with the left mouse button and drag the marker to the other end of the block. The selected block is automatically copied to the clipboard.