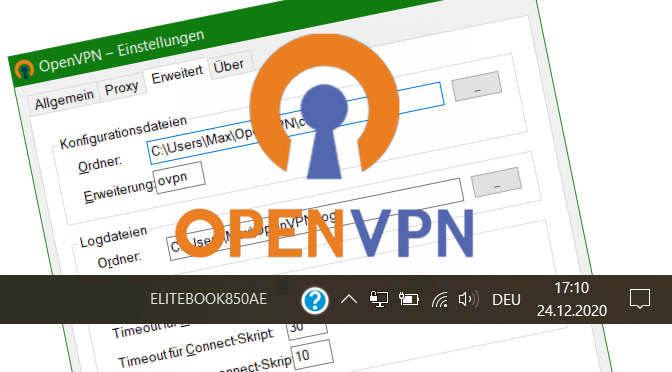 Running OpenVPN Client for Windows using script file allows you to mapping network drives to servers shares when starting VPN connections. There are other options, such as running login scripts, printer redirects, or automated updating. This tutorial shows the installation and the usage of OpenVPN connection scripts.

The OpenVPN GUI for Windows can be downloaded from the community website here. Upon during installation, the OpenVPN directory is created under %USERPROFILE%, including the folder config, which contains the configuration files (.ovpn) that are stored from the OpenVPN GUI with File Import.